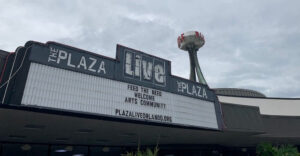 The Plaza Live Orlando is an entertainment hotspot that hosts fan-favorite comedic and musical acts. Check out the following live performances during January 2023.

Noel Miller began his journey in entertainment as a software engineer.

On lunch breaks, he and co-worker Cody Ko began making viral videos. They then channeled their hilarious personalities into the successful Tiny Meat Gang podcast. Now, Miller is embarking on a solo stand-up comedy tour. Expect biting social commentary that draws on his YouTube and Twitch streaming success.

After a Night Out in Orlando, Enjoy a Stay at Rosen Centre

When planning your trip to the Plaza Live Orlando, book a room at Rosen Centre on International Drive. Our clean, comfortable hotel offers easy access to Orlando’s top restaurants, bars, and attractions.